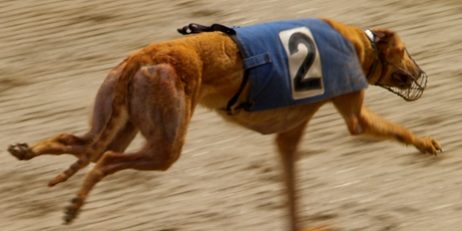 Self-regulation, in most instances of business or government, is far from effective or consistent, let alone honest. Self-preservation is a powerful thing, and human nature dictates that we’re all going to make a mistake at some point.

When that unfortunate incident happens, the best thing that can happen is to immediately address it and handle it. The longer it goes unaddressed, the more harm it will cause when it finally sees the light of day. Self-regulation, combined with a natural tendency towards self-preservation, is simply an invitation to corrupt practices or processes.

You’re likely familiar with the recent scandal involving Greyhound Racing Victoria, where industry trainers and owners were found to be using live baiting during the training of the greyhounds. Of course, everyone was “shocked” to discover such a thing, but the truth is that more than a few people in the industry knew that it was happening. It would be impossible for them not to. Someone was physically involved with the baiting procedure, and that person has a boss that told them to do it. That boss has their own boss, and so on. Something like this would be watercooler talk if nothing else, and it’s really hard to imagine that it wasn’t well known in at least some of the GRV circles.

The Racing Integrity Commission released their Interim Report on live baiting yesterday to the Victorian State Government, stating: ‘It would be naive to accept live baiting was not happening beyond the Tooradin track’ and that ‘there was no evidence that the GRV has known of live baiting and its weak inspection powers meant it could not have been expected to know.’

Shortly after the release of the Interim Report, the entire board of Greyhound Racing Victoria has quit over the live-baiting scandal, despite the Racing Integrity Commission report clearing it of any knowledge of animal cruelty in the industry. However, Animals Australia has stated that ‘it was “naive” to suggest GRV had not known of live baiting, and demanded an end to the “inherent conflict of interest” of self-regulation‘ and furthermore, that ‘the scandal reinforced the need for an independent welfare and integrity unit covering all three forms of racing, so as to reinforce public confidence’.

The public, of course, assumed that the racing was regulated by the Victorian government, but the industry was allowed to regulate themselves – and they failed miserably. What’s more ridiculous is that the government is giving them $3M to handle their own investigation. It’s an example of regulation and accountability at its worst.

The solution to this problem, once the dust settles on the fray itself and the guilty parties are brought to justice (if that ever happens), is obvious.

Auditing and compliance must have as much objectivity and wiggle room removed from the process as possible, if it is going to be effective. That means either independent people appointed by GRV, or an outside party, or both doing the auditing.

Transparency in an organisation always increases output and efficiency, and a lack of transparency either means poor processes or corruption, or both. It’s that human nature problem that makes good auditing necessary. Without a transparent, consistent process that is easily implemented and replicated, being a compliance manager can seem like trying to solve world hunger.

Our Compliance Checkpoint app can remove that human nature element as much as possible. It’s available as a free download, or you can contact one of our experts if have any questions about what Checkpoint can do to improve the compliance in your organisation.