The Value of Checklists in Compliance Processes 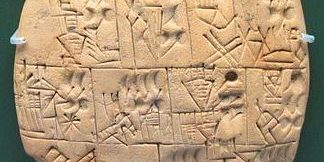 Checklists. We mostly use them to compile our grocery needs and make sure that we don’t arrive back at home having forgotten the milk or eggs. But checklists, as simple as they are, are some of the most powerful tools available to us, in business and in life.

Here we give the history, psychology, and practical reasons for using checklists in organisations

“A checklist is a type of informational job aid used to reduce failure by compensating for potential limits of human memory and attention. It helps to ensure consistency and completeness in carrying out a task”.

The italics are mine, but they’re the points that need to be looked at to understand how important a checklist is. The use of checklists dates back thousands of years and ties into man’s basic, innate logic. Particularly when used for evaluating something, checklists remove subjective influences to a great extent if not completely, which means less chance for mistakes. Yet even today there are professionals who refuse to use checklists where they would obviously be helpful. Take the following example, for instance.

In 2009, a surgeon named Atul Gawande released a book called The Checklist Manifesto: How to Get Things Right, an entire book dedicated to telling people how important checklists are. In his research on the subject, he and his team created a 2 minute checklist to use before surgeries in the operating room. It included some basics – like is there enough blood and antibiotics for the procedure – to things that seem obvious, like does everyone in the operating room know the names of everyone else there?

They tested the checklist in eight different hospitals, and they found that the introductions in the room dropped complications and deaths related to the surgery by 35%. But the rest of the story is also interesting. 80% of the doctors in the study said that they would continue to use the checklists going forward because they could see the (obvious) value in them. That means that 20% said that they didn’t see the value in them! Why?

People don’t like to admit their own shortcomings. In the case of professionals, this can be even worse. Many see using a simple checklist as admitting that they aren’t good enough to handle the task without help. That’s nothing but pride. A real professional or leader knows that there’s always a better way to do things, and they’ll use any tool that helps them be better at what they do.

The Value of a Checklist

Using a checklist eliminates some potential problems. Going back to the Wikipedia definition, we see that they are used to “reduce failure by compensating for potential limits of human memory and attention. It helps to ensure consistency and completeness in carrying out a task”. That’s because human beings are fallible, and these limitations carry over into everything we do, including our business.

Having to remember a long list of requirements in order puts those limitations on memory and attention in play. Using a checklist removes any chance of error, therefore reducing the chance of failure. Show me a businessman who doesn’t want to reduce their chance of failure, and I’ll show you a businessman destined to fail. The checklist simplifies a process, and as long as it’s followed, makes completing the task or process successfully almost a certainty.

That’s one of the primary reasons we created the Compliance Checkpoint software. Maintaining consistency and reducing errors across the wide reaches of a retail organisation is difficult at best, but a well thought out checklist reduces the chance of failure in those processes to as close to zero as is possible.