You are here:
blogRegulatory ComplianceRisk Management 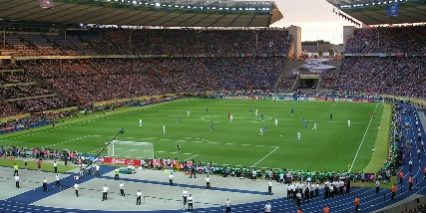 The world’s most popular sport is facing a crisis of confidence, and not without good reason. What started as an investigation by the United States Department of Justice into bribery concerning broadcast rights, has become an full scale investigation of FIFA as a whole.

Swiss authorities began looking into bribery charges concerning the 2018 and 2022 World Cup bidding process within hours of the broadcasting scandal, and at least 14 officials and marketers for FIFA have already been indicted for corruption.

In this article we analyse FIFA’s corruption problems and offer a solution for the future, through a governance and compliance approach.

The Players Behind the Players

Much of the information discovered by officials came from former FIFA executive Chuck Blazer, who has been secretly working with investigators since 2010 and has admitted to accepting USD$11 million in bribes himself. Blazer has been banned from the game for life, but is also currently gravely ill from cancer in a New York hospital. The entire story is filled with problems, the first of which being that this isn’t anything new for FIFA.

It’s widely known that former FIFA president João Havelange took millions in bribes for broadcast and marketing rights during his tenure from 1974 to 1998. Current president Sepp Blatter took over in 1998, and it is alleged that he attempted to cover up Havelange’s corruption. Now  it seems Blatter, despite his protestations to the contrary, knew about and possibly conspired in an arrangement to take a $10 million bribe from South Africa for the 2010 World Cup location, according to an email uncovered by The Telegraph.

Although the administration of the organisation is taking the brunt of the current criticism, there are also players with ethics issues and businesses that are happy to exploit those players’ popularity for financial gain as well. As with any organisation however, a culture is created and sustained from the top down, good or bad.

It’s Not a Business

From a governance perspective, the issue is a bit murky. FIFA is not a business. Nor is it a governmental agency, nor an NGO. It is, legally speaking, a member’s club, no different at it’s core than if you and I started a football club in our neighborhood and made our own rules. The governing body doesn’t fall under any governmental or international business codes, other than those which apply to everyone and every organization broadly, such as bribery.

That’s one reason that the corruption has been allowed to spread so far within FIFA. Internally, everyone turns their head, and they join together to keep external forces from observing the dealings of their club. Yet beyond this lack of a governance “watchdog”, the real issue comes down to a lack of implementing FIFA-wide compliance rules and controls. This is best expressed by Blatter’s defiant comment that he bears “no responsibility for members of a government (the FIFA Executive Committee) I have not myself elected.”

Being a Leader Means Being Responsible

In days of old, the captain went down with his ship – not out of shame or because of pressure, but because of honor and duty. That is a concept sadly lost in the modern world, replaced by “every man for himself”. But well-run organizations don’t have to fall prey to this attitude or to the kind of problems FIFA now faces.

Corruption is a fault in human nature that the weak can’t overcome in themselves, and it will always be with us. To compensate for this weakness, good businesses and organisations implement rules and then have them regularly audited for compliance. When that compliance doesn’t happen, there are specific consequences in place to take care of the problem. But if the auditing doesn’t happen regularly, the problems are allowed to grow. The end result is, well… just look at FIFA.