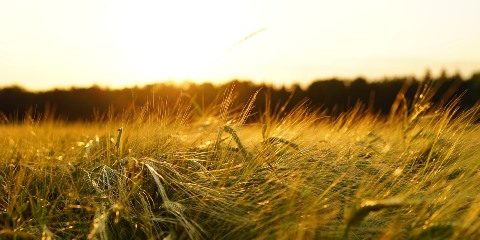 Australia is one of modern China’s oldest trading partners, having jumped into the opportunity when China opened its first “special economic zone” in 1979. Since then, the trade ties between the two countries have only grown stronger, and Australia is recognised by local consumers as having a “clean and green” food environment with high quality products and brands.

Market feedback in China has shown that consumers are interested in many different products from Australian suppliers, including wheat and barley. However, market access for Australian agribusiness products to the mainland Chinese market remains a significant issue, as it’s generally easier for processed foods and wine to access the market, even under ChAFTA.

In this article, we look at the necessity of auditing for grain exporters, in light of ChAFTA and its opportunities.

What ChAFTA Means for Grain Exporters

The China-Australia Free Trade Agreement has created vast new opportunities for many Australian exporters, and agricultural and grain exporters are no exception. Unfortunately, the relaxing of trade restrictions on grain exports were not as far-reaching as in some other industries. One specific disappointment was in the export of wheat.

According to GrainGrowers Chairman Andrew Carberry, “ChAFTA may not have delivered the gains in wheat and canola access that the industry was expecting, but what the agreement did do was lower tariffs in a range of other grain export options.” Mr. Carberry expanded on the positives of the agreement, saying “The removal of tariffs on barley (3%), sorghum (2%) and oats (2%) as well as on pulses, specialty grains and processed grain products add enormous value to the terms of trade, as well as creating a competitive advantage over our international grain trading competitors. For example, the removal of the sorghum tariff will provide a $7-$8 a tonne competitive advantage for Australian growers and the reduction of tariffs on pulses will create an immediate 2.8% tariff advantage; which are crucial amounts given the tight margins that exist in commodity trading.”

Clearly then, ChAFTA is a positive move for grain exporters, even if there are further advancements to look forward to in the future. Therefore, grain exporters should obviously be making the necessary preparations to be a part of the expansion capabilities provided by the agreement. If their focus is only on their crops and logistics, however, they could be in for some surprises.

Non-Compliance Will Be Costly

Following the approval and implementation of ChAFTA, the majority of Australia’s trade in goods is now covered by free trade agreements. That doesn’t mean risk-free trade, however.

Some have suggested that remaining compliant with ChAFTA regulations will require the involvement of in-house counsel. That’s certainly a possibility, but by no means a certainty. What is certain is that non-compliance will be a costly proposition, not only in possible fines but more so in lost revenue opportunities.

What is needed before counsel is a comprehensive end-to-end auditing system, in order to ensure compliance. With the proper auditing software in place, the need for legal involvement greatly diminishes and possibly disappears. Compliance Checkpoint is such a system, and its cloud-based nature and mobile flexibility allow for quick and simple implementation in addition to the real-time and comprehensive auditing and reporting capabilities. Learn more about Compliance Checkpoint here.